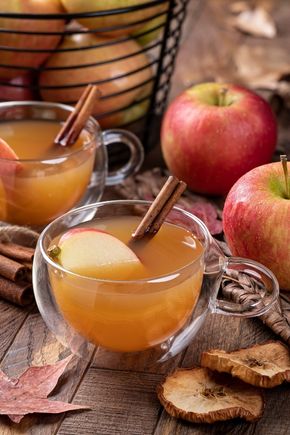 Sugar and spice make everything nice. Cinnamon—mixed with a dash of brown sugar—creates the optimal balance of sweetness and warmth, and it’s a classic fall flavor in apple cider concentrate. This earthy spice is a familiar seasonal favorite, sure to produce the most delectable, mildly spicy treats.

Peppers are well-known in the kitchen for adding a kick to any dish. Although they differ from the traditional notion of peppers, Jamaican peppers—commonly known as allspice—still provide a peppery punch.

Allspice comes from a dried, unripe berry called pimento. Allspice features a bit of heat, sweetness, and savoriness, making it a versatile spice that enhances ingredients and complements a range of other seasonings. As a complex, unique flavoring, allspice commonly appears in apple cider concentrate.

Star anise is a spice worthy of royal status—and not just because it features a unique jewel shape. Like many other aromatic seasonings, star anise originates from Asia and possesses a mix of bitter, sweet, and savory tang. The spice tastes similar to licorice and frequently appears in curries and other flavorful, spicy concoctions. As such, anise is a popular choice for adding a sweet kick of spice to apple cider concentrate.

While cinnamon, allspice, and anise are often the star spices in apple cider concentrate, many others deserve mention, such as the following:

These seasonings add a rich blend of sweet and spicy to any treat, adding warmth to the food and your body.