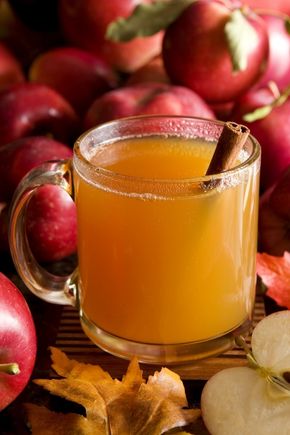 Fall weather means cozying up with your favorite sweater and a warm beverage. Like winter and its peppermint drinks and hot chocolate, fall features its own staple seasonal warm cup favorites: pumpkin spice lattes (PSL) and a classic hot apple cider. Both offer a tasty, delectable treat to savor and get you in the autumnal spirit. But which of the two reigns as the superior fall drink?

When getting your business stocked and ready for fall, serving the drink of the season helps you spread the autumnal festivities. It also boosts your flow of incoming customers, attracting fall lovers and those wanting to embrace the cozy aesthetics. Let’s put the two fall favorites head-to-head in a fall face-off to see whether apple cider or pumpkin spice lattes deserve the royal title of “Drink of the Season.”

Apples and pumpkins play a prominent role in fall seasonal festivities. From pumpkin carving and apple bobbing to pies and other tasty autumnal treats, both pumpkin and apples symbolize the essence of the season. They also pair well with other fall favorites, like cinnamon and maple-flavored pastries. Apple ciders and pumpkin spice lattes encapsulate a classic autumnal flavor, embodying the season’s essence and contributing to the fall aesthetic.

A traditional apple cider features two main parts; a hot apple cider concentrate and water. Plus, you can include a stick of cinnamon for added fall fun. Meanwhile, a pumpkin spice latte involves a long list of ingredients and some skill to create a decent cup.

With any consumable item, many want to know the health benefits. The more natural an item, the healthier and the better it is. Meanwhile, anything artificial brings up concerns and generally involves additives and other ingredients many prefer to avoid.

Apple cider’s simplistic composition and natural ingredients make it a healthy option, especially when you use Mountain Cider’s cider concentrate. On the other hand, a pumpkin spice latte comes filled with caffeine, whip cream, drizzles, and other added flavoring. However, despite the fewer health benefits, the creams, syrups, and sweet add-ons make a PSL attractive to those with a sweet tooth.

Hot beverages come in three major forms: coffee, tea, and other. In comparison to the winter seasonal drinks, a pumpkin spice latte equals a peppermint mocha. A chai latte is peppermint tea’s counterpart, and a cup of hot apple cider equivalates to a mug of hot cocoa.

When facing off, apple ciders vs. PSLs, both offer different pros and cons. At the end of the day, the two drinks join the royal court together, reigning as the best seasonal drink in their respective hot beverage category. They help you embrace fall through a hot mug, provide varying benefits, and make a great addition to your seasonal menu.